After returning from the USA to Lithuania in 1921, Liudvikas Ramanauskas and his wife Elena Jovaišyte-Ramanauskiene settled in the village of Bielėnai (Rudamina County, District of Seinai). Liudvikas and Elena Ramanauskai raised three children: Adolfas was the oldest and born in the city of New Britain in the United States, daughter Aldona and son Albinas were born in Lithuania. To this day, the foundation of a large stones has remained in the place of their homestead. An oak monument was unveiled in 2016 to commemorate A. Ramanauskas-Vanagas and an access road was installed. 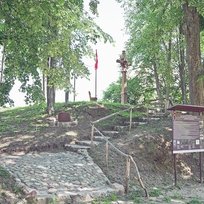 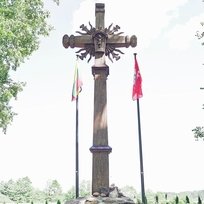 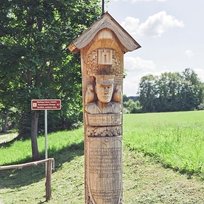