The struggle for freedom

Partisan, shooter Juozas Slavikas str. 1904 Budiškių village, Liubavas county, Marijampolė district. At the beginning of the establishment of independent Lithuania, he became a partisan and fought against aggressive Poles. He joined the Lithuanian Riflemen's Union, belonged to the 1st partisan group, which operated in the Neutral Zone. He died on June 17, 1922 during an expedition against the Polish partisans to the village of Varviškės: one fought against the surrounding enemies; fired all 200 rounds of ammunition, retreated, captured in the swamp and brutally tortured. June 24 buried in Šventežeris parish cemetery. He was awarded the Order of the Sagittarius Star on June 24, 1931. 1938 his name was inscribed in the crypt and marble board of the dead in the War Museum's struggle for Lithuania's Independence. Lithuanian Armed Forces volunteer creator, shooter, policeman Antanas Gritėnas str. 1894-12-11 Petriškių village, Krekenava region, Panevėžys district. Kedainiai aps. precinct chief. On November 24, 1920, he joined the Lithuanian Armed Forces as a volunteer, served in the commandant's office of Kėdainiai city and county until April 2, 1921. Since 1921 until 1926 served in Kėdainiai, Kaunas, Telšiai counties as an assistant to the heads of police stations. From January 15, 1927, he served as the head of the Seinai county Veisiejai, Kapčiamiestis, Rudamina, Punskas precincts, and the Šventežeris police precinct. A. Gritėnas in 1923. graduated from the 1st edition of the Militia School, in 1931. graduated from the 14th edition of Kaunas Higher Police School, later from the 6th edition of the precinct chiefs course. On June 9, 1928, he was recognized as a volunteer creator of the Lithuanian Armed Forces and awarded the Lithuanian Armed Forces Creators Volunteer Medal. On May 15, 1928, he was awarded the 10th Anniversary Medal of Lithuanian Independence. A. Gritėnas belonged to the Šventežeris Rifle Squad of the Lithuanian Riflemen's Union Seinai Team, the Seinai Branch of the Lithuanian Armed Forces Creators' Union, Vilnius to lead the Šventežeris Branch of the Union, the shooting section of the Lithuanian Police Sports Club, and the Seinai Branch of the Lithuanian Regular Hunting and Fishing Association. Antanas Gritėnas was shot by a criminal in retaliation on December 15, 1934.

Information and photos from the website of the Department of Cultural Heritage under the Ministry of Culture www.kpd.lt; Register of Immovable Cultural Property www.kvr.kpd.lt, unique object code 38490 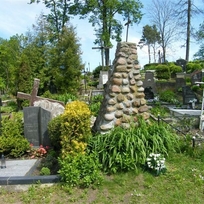 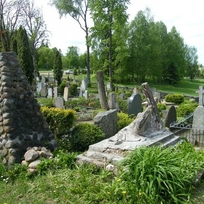 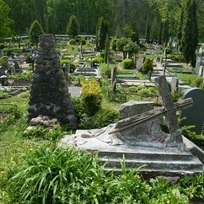 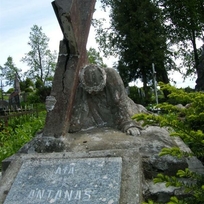 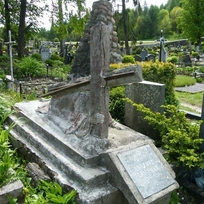 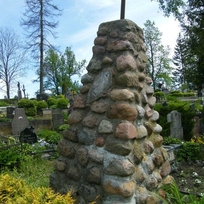