1895–1899 Tsarist Russia built the Varėna-Alytus-Simnas-Šeštokai-Augustów-Grodno railway in the form of an arc, which was of great strategic importance as Prussian military power increased. There is a railway station in Šeštokai, which connects two railway tracks - 1435 mm and 1520 mm wide - therefore the town is an important transit point between the Baltic States and the western European Union countries. Šeštokai railway station was built during the tsar's time in 1898. next to the manor that stood at that time. The station building was designed and constructed by engineer Alexander Gasket. Later, warehouses and apartments for civil servants were built, and people still live here and today. From Šeštokai railway station in 1941. On June 14, the brightest people of Lithuania were deported to Siberia, and in 1941, people of Jewish nationality were expelled from the same station to Kalvarija, where they met their tragic fate. A cross and a monument were erected in the square near the railway station to honor Lithuanian deportees. After the restoration of Lithuania's independence, the Šeštokai became Lithuania's gateway to Europe. The station is a state-protected real cultural heritage site. 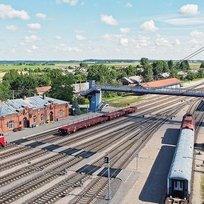 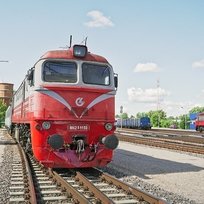 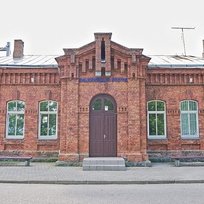 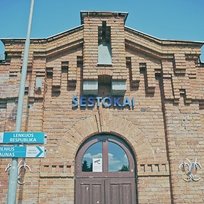 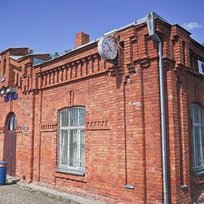