Kirsna is the name of the Yotvingian origin, meaning the Black River. Aštrioji Kirsna was first mentioned in documents in the 16th century. In 1592, the manor was donated to Povilas Sapiega, who is considered to be the founder of Aštrioji Kirsna Manor.

In 1755, it was given to Juozapas Tadas Karenga. The manor’s inventory was drawn up on the basis of his order, which stated that the manor had a two-story wooden decaying palace, a two-story brick-house, stables, shed, barn, brewery and a mill. There were also three taverns that belonged to the manor. In 1777, the inventory of the manor described a one-story brick palace that unfortunately burnt down in 1787 in the event of a fire. It mentions massive outbuildings, pond system, fence and decorative gates. Later, as the son of J.T. Karenga, Marshal H. Karenga ruled the manor, it was rebuilt into a two-storey brick palace.

In 1850, the manor became the property of the Gavronski family. At that time, the manor had a brick workshop, a distillery, a lime workshop, a mill and a sawmill. In 1927, a lower school of agriculture was established at Aštrioji Kirsna Manor.

In 1940, the Soviet government nationalised the manor, offices and apartments were established in the manor house. In 1992, the manor was returned to its inheritors.

Aštrioji Kirsna Manor, surrounded by a park, is built on an undulating terrain. Today, the manor is one of the largest in the region Dzūkija with 19 buildings and a historic park, offering fantastic walks and stunning views. The architecture of the buildings reflects the stylistic features of classicism, romanticism and other historical periods.

Since 2001, the manor has been taken care of by new owners, who have started to rebuild buildings and restore the park. The manor houses horses, which are available to be booked in advance for a riding lesson via Aštriosios Kirsnos Dvaras Facebook page or by phone. Also, the manor organises various celebrations, educational programmes, as well as provides other services, such as photo shoots, and other activities. 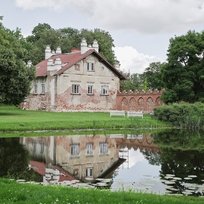 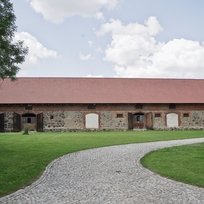